VR and robots will have major role in the classroom but we must solve the engagement issue, say teachers across the UK and US 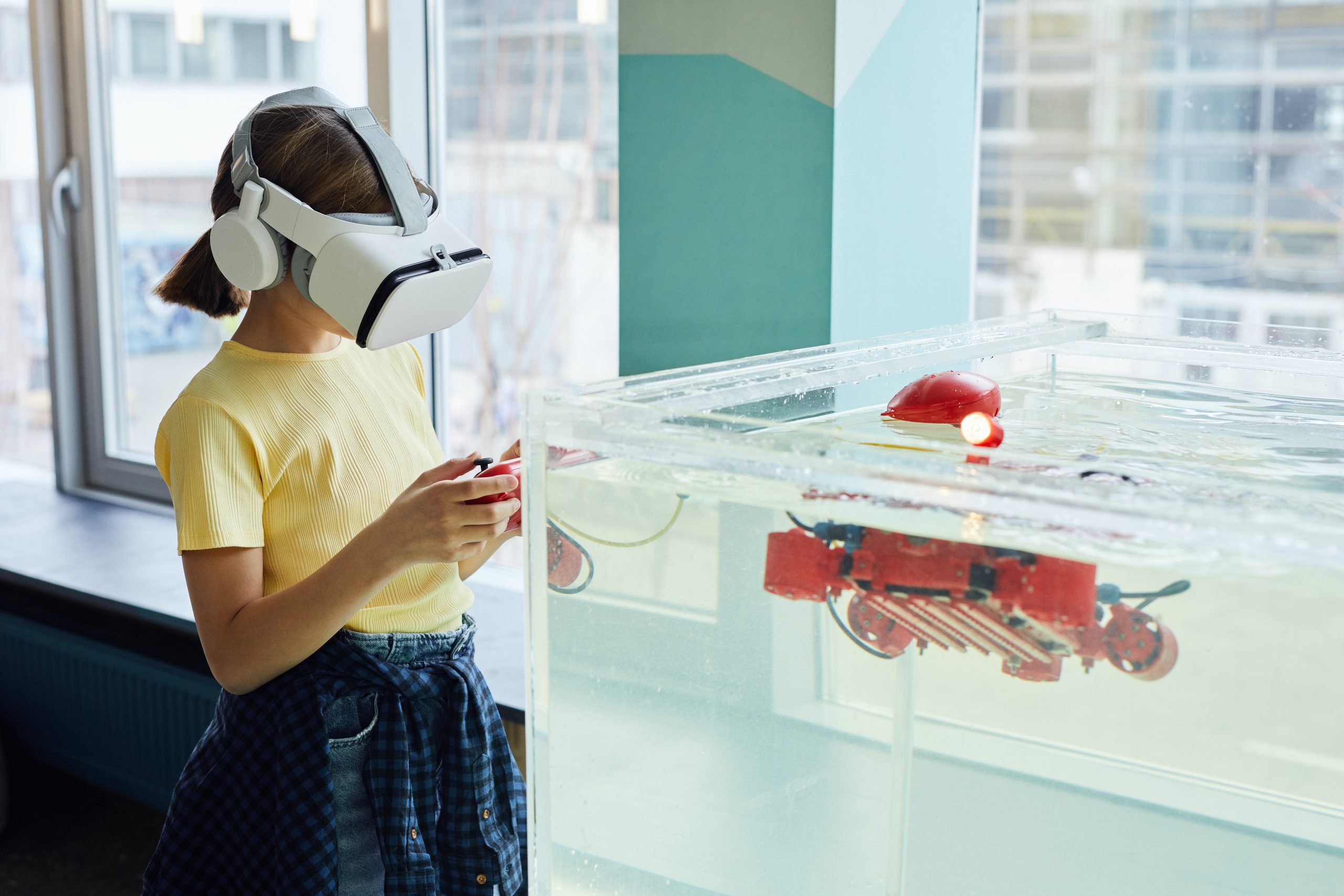 18th November 2021, London: New research published today from edtech gaming studio, Kuato Studios, has found that 18 months since nationwide lockdowns began, the top priority for teachers across the UK and US is bridging the gap between decreasing children’s engagement levels and using tech effectively in the classroom. The research surveyed 1000 parents and 600 primary/elementary teachers across the UK and US.

When asked about the biggest challenges they faced during the pandemic, half of teachers in the UK and US admitted struggling to meet individual needs in the virtual classroom, while over a third (36%) in the UK and almost half (46%) in the US struggled to properly engage children through online resources. The latter is particularly concerning given an overwhelming majority (over 70%) of parents in both countries said that they had the supporting infrastructure in place for their children to learn remotely. In contrast, almost a third of teachers in the US and nearly a fifth in the UK conceded that they did not.

Nevertheless despite this apparent disconnect, teachers and parents in both the UK and US are unanimous in their view that technology is critical to children’s education, acknowledging its benefits for everything from emotional support and encouragement, to engagement and enjoyment. Parents in the UK specifically cited problem solving (78%), creativity (76%) and mental stimulation (58%) as specific priorities for their children’s learning post-pandemic. The results from the US were similar with problem solving and creativity coming out on top at 77% and literacy at 59% respectively.

When asked which technologies will shape children’s learning the most in the not-too-distant future, Virtual Reality came out on top for over a third of teachers and more than 60% of parents in both geographies, followed closely by social networking apps and robot programming tools. Gaming specifically came out as an area that both teachers and parents see as a force for good for holding children’s attention, broadening their imagination and helping with vital motor skills and hand-eye coordination. However, two of teachers’ biggest concerns need to be met for this to become a reality: access to digital tools and upskilling, which more than half are asking for.

Mark Horneff, CEO, Kuato Studios, said: “The pandemic has reshaped children’s education and many of those changes are here to stay. However, the research shows some concerning trends, particularly when it comes to engagement rates. While 58% of teachers in the UK acknowledged the benefits of the curriculum to standardise learning, traditional teaching methods are failing to engage swathes of children – and this is having a detrimental impact on their long-term prospects. We know technology has the power to bridge this gap but it requires a concerted effort from educational bodies, government and those with technical know-how to create the classroom of the future – one that will work for every child.”

Teacher and education consultant Camilla Ross, who has worked in both the UK and North America, added: “As teachers and parents alike consider tech for education to be ‘critical’, for engagement we must place play-based learning at the forefront of digitally-enhanced teaching for it to become a normalised classroom resource. The use of virtual reality, for example, will present an untapped educational experience. You can’t downplay the playable dynamic VR can offer or else it will short-change teachers and pupils alike.

“The dominant issue in both the UK and US is the skills gap among teachers and access to tools. There isn’t an overnight solution for this, so we within the education space must continually make our voices heard and campaign for this sorely needed change to level up tech-based teaching – it’s clear that teachers and parents want the same things in order to best support our students.”

Shahneila Saeed, Programme Director for Digital Schoolhouse at the Association for UK Interactive Entertainment (UKIE) comments, “ We need to rethink how we are educating our children and technology is an integral part of that. This research clearly demonstrates that we can’t simply use technology to replicate more traditional methods of teaching. We must instead create a fresh approach that uses technology effectively to inspire and engage children, upskilling teachers to use it effectively and ensuring equal access to it for all children – regardless of their background.”

The research coincides with Kuato celebrating its ten year anniversary, having partnered with well-known brands such as Marvel, Disney, DreamWorks and ITV to create a portfolio of 20 award-winning, education-based games.

Earlier this year, Kuato launched its  first virtual reality game (VR) Panic Room, the world’s first cross-platform, socially-interactive VR game alongside receiving a £4.5m investment. The studio’s tenth year of operation also saw it join the Kickstart Scheme, which provides funding to create new jobs for 16 to 24 year olds on Universal Credit and at risk of long term unemployment, as well as partner with Ukie on the Devices4All initiative that issues devices to schools to address the ever-present digital divide.