Skip to content
People of Kuato: Transforming Ideas into Designs with Gordie

People of Kuato: Transforming Ideas into Designs with Gordie

Gordie’s role as Head of New Product Development has help to transform brilliant game ideas into exciting and usable products. He helps ideas become a reality as he continues to work on many of Kuato’s upcoming games and projects. 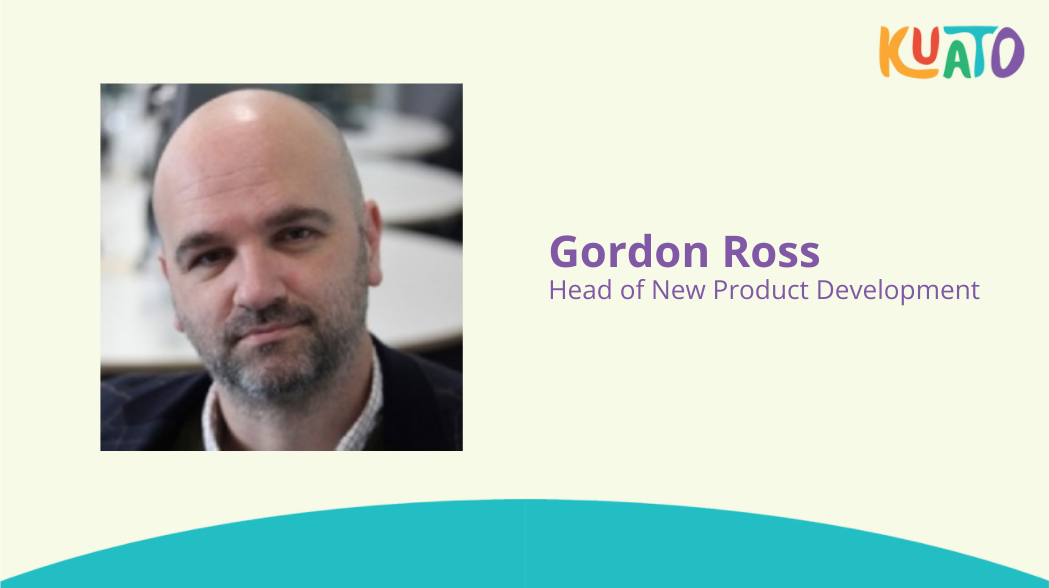 My job is a very enjoyable and challenging role which we call Head of New Product Development. I get to pick from all the wonderful experiments the team produces and decide which things we’ll turn into a product. I then get to work with our talented team and external partners to craft great games from the foundation up. The most exciting part for me is taking a vision which we call a “Core Experience” and transforming it into a design and production plan so that it can become a reality.

2) How did you get into your role?

I have a degree in media theory & production as well as a Masters in informatics: video game technology. I actually only achieved these long after I started commercial video game work. I’ve made video games since I was four years old, originally by copying examples from magazines in the early 80’s.

When I was 18 my dad cut an advert for a “Game Tester,” out of the local newspaper. That was 25 years ago now! In the intervening time I’ve taken the chance to work on three continents, in many countries and work on lots of new things. Now, most tasks and projects I encounter remind me of one thing or another I’ve worked on in the past which really helps me tackle new challenges.

An agent contacted me out of the blue and asked me if I fancied this role at Kuato. Although I wasn’t looking for work I came down to meet the team at the London HQ and talked with them for an afternoon. After sharing a beer and anecdotes, we felt a strong connection. I had previously worked on many similar games including award-winning educational classics like the titles bundled with the Leapster and Leapad so I felt immediately at home.

3) What’s your proudest achievement to date, and why?

My kid is my proudest achievement, they’re a great project. However, in terms of gaming and business, I’m not actually sure. Picking a favourite project is like choosing a favourite child. I particularly liked the problems we solved as a team on LEGO WORLDs, although receiving Parent’s Choice for Leapster was a nice feeling.

I guess what I’m proudest of is the diversity of jobs I’ve completed successfully. I haven’t spent my career hiding on a big successful project without challenging myself. I worked on the first Grand Theft Auto (GTA) and it would have been easy just to stay on that for the last 25 years.

4) What advice would you give to a young person starting a role in your field?

Learn to code, learn about marketing and learn about business. Try to get a role in game production, then in game publishing as it’s super important to understand how games are put together as well as how they are sold.

5) Which video games/ projects inspire you and why?

Games that have heavily inspired me are Starflight by Binary Asylum because it created a very clever procedural play experience and incorporated a brilliant narrative twist that really stays with you (no spoilers). Mario World’s level design was something I spent months pouring over and analysing.

Lemmings really blew me away for its simplicity in a time when games were getting ever more complex. Things which blow my mind today are the big sandbox games like Roblox and Minecraft. Off the beaten track a little, the Legends of Learning platform which hosts hundreds of games related to the USA’s education curriculum is a lovely benchmark for that type of project.