Making a video game from start to finish is no mean feat. Producing said game, in its entirety, whilst working from home… is truly remarkable.

That’s exactly what happened with Marvel Hero Tales (MHT). Kuato Studios set the ambitious goal to re-make and re-launch the already-award-winning game during lockdown. The original game was a beautifully cinematic delve into the Marvel universe – but Kuato wanted to jam-pack more educational value in and increase the ‘comic-book’ look-and-feel to make it even more appealing to children.

It took a HUGE collaboration between game designers, artists, UI designers, sound technicians, programmers, marketing and Marvel themselves. But there were no team huddles, no coffee catch-ups, no late-night pub debates, no whiteboards, no popping-over-to-your-desks – just Google Hangouts, JIRA, instant messenger, and virtual sprints.

The heroic man tasked with taming the virtual beast was our producer, Dominic Feargrieve. We caught up with Dom to see how he’s coped with the unique challenges. 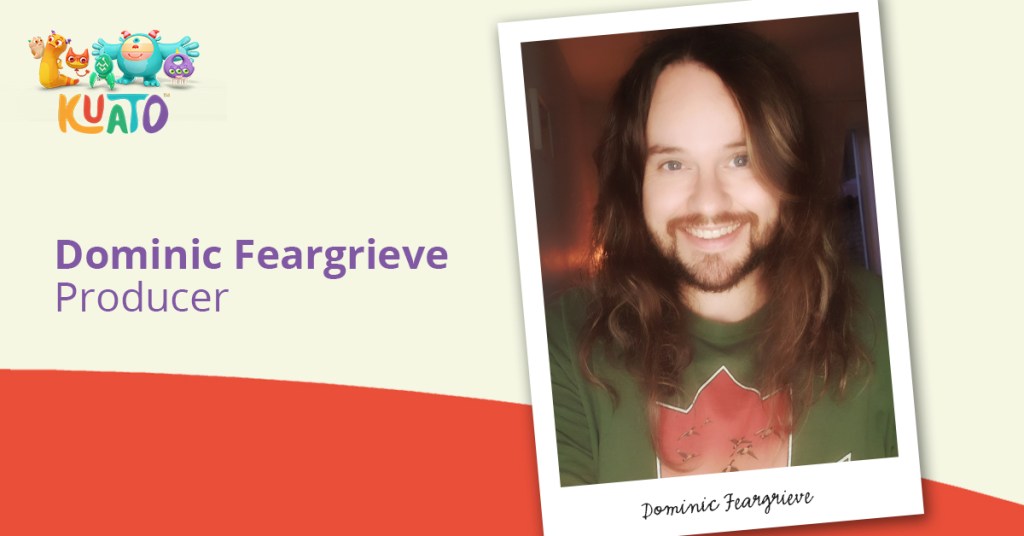 We’ve really gone to town on the little details that make the game stand out – heroes now have bespoke unique landing scenes – Spider-Man swings in with his web, Iron-Man cools down his jet-thrusters for a gentle landing, and Hulk smashes his way in. 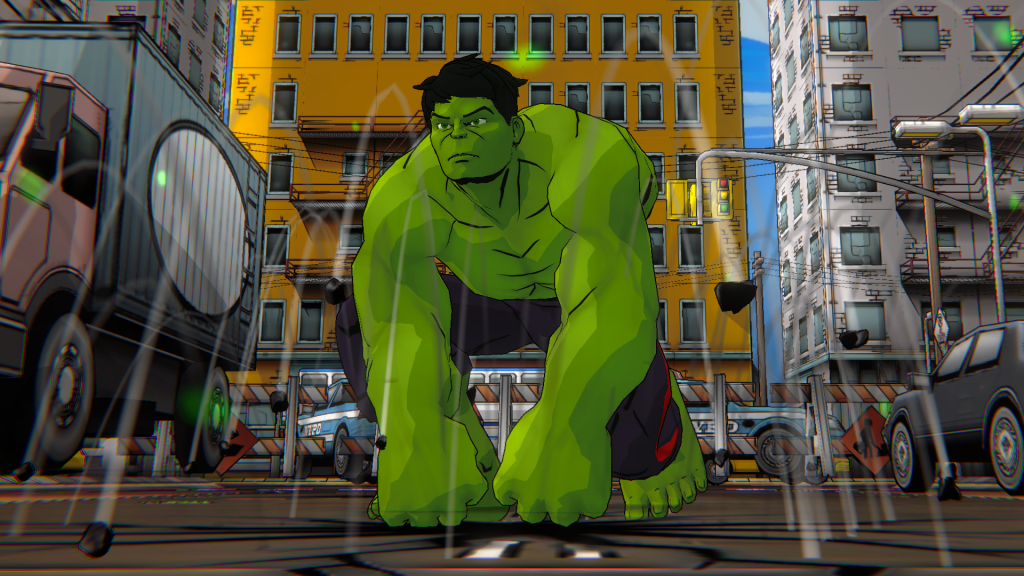 Similarly, the map is scattered with hazardous obstacles for heroes to jump, slide, roll or fly over. We have really brought the characters to life.

The biggest change, though, is in the gameplay. We’ve taken a whole new approach to card-based gameplay; with multipliers and combos to boost your actions, special cards to reward inquisitive behaviour, colour-coordinated cards to assist children in building sentences, plus we’ve made the cards collectable and upgradable. We’ve enhanced replayability by giving the player innumerable ways to approach encounters in any way they see fit, with each hero providing different playstyles!

Word ‘cards’ are stored in each hero’s bespoke ‘Hero Deck’ and can be upgraded in order to increase their power. There is also an in-game dictionary which displays every word a player has encountered – the idea here is to allow children a comfortable area to look up their favourite words.

We’ve rethought how the game delivers missions to players. The previous version of MHT featured an open-world map, which we realised that children found tricky to navigate. The Avenger’s Nick Fury is now on hand to narrate the game, and guide players through missions. The missions are also now much more storyline-driven and allow us to focus the narrative around specific villains, heroes and events. 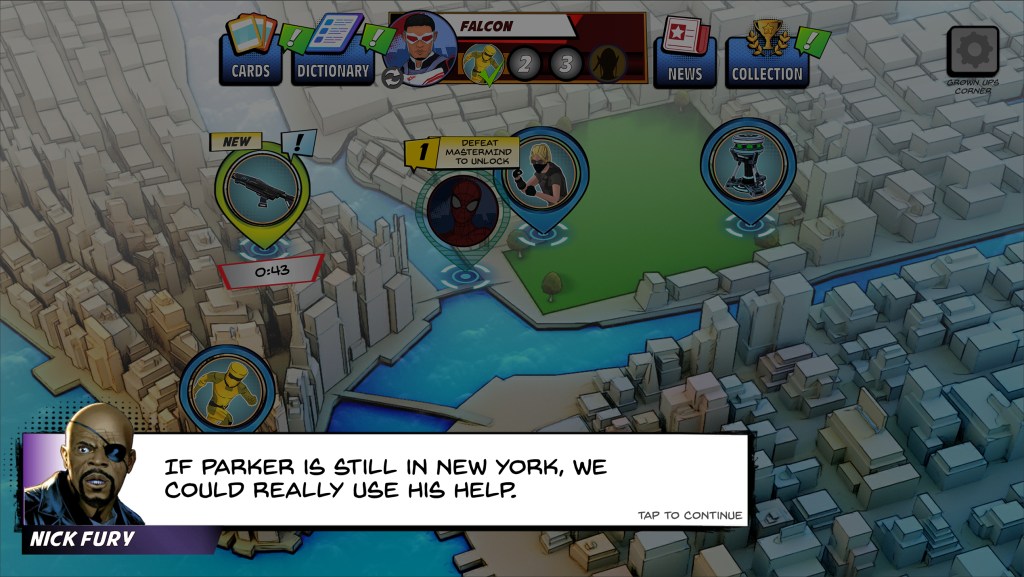 The game is oozing with content; there’s currently 13 playable heroes, who are unlocked through progression, and we’ve added iconic ‘Masterminds’ to battle, in the form of Green Goblin, Mysterio, and Hydra.

Each month, at the very least, there will be new content added – a mix of playable heroes, new masterminds, events and missions. We have a very exciting roadmap ahead!”

Why did Kuato Studios make these changes?

“Essentially, we had a few objectives we wanted to achieve.

We wanted to give players more freedom to approach situations in any way they choose, and to reward that creativity. There are many ways that you can choose to interact with the missions – you might choose to ‘examine’ a dumpster for clues, you might try ‘persuade’ the thief to reconsider his dastardly ways, or you could just choose to ‘throw’ the thief in the dumpster…

We wanted each hero to ‘feel’ like you were playing with them, so their available actions relate to their character – for example Dr Strange is more cunning and investigative and Hulk is more direct and combative.

This facet of the game aims to encourage children to explore with language, and teaches them problem solving skills, as well as navigating and diffusing situations. A core part of MHT is inferring word’s meaning and appropriate grammar through the gameplay.

We want them to try lots of different combinations of words, in order to receive funny, unique and action-packed comic book ‘panels’ that their actions trigger.

This all leads into replay-ability – we want players to try missions again, and experiment with different word combinations to produce new outcomes.

One of Kuato’s goals is to enable children to learn their first thousand words through immersive play – which is why we added an in-game dictionary. We wanted to create an environment where kids are comfortable looking up words that they encounter, and associating their meaning and context. Each word card contains an image of the object, as well as a description of the word. 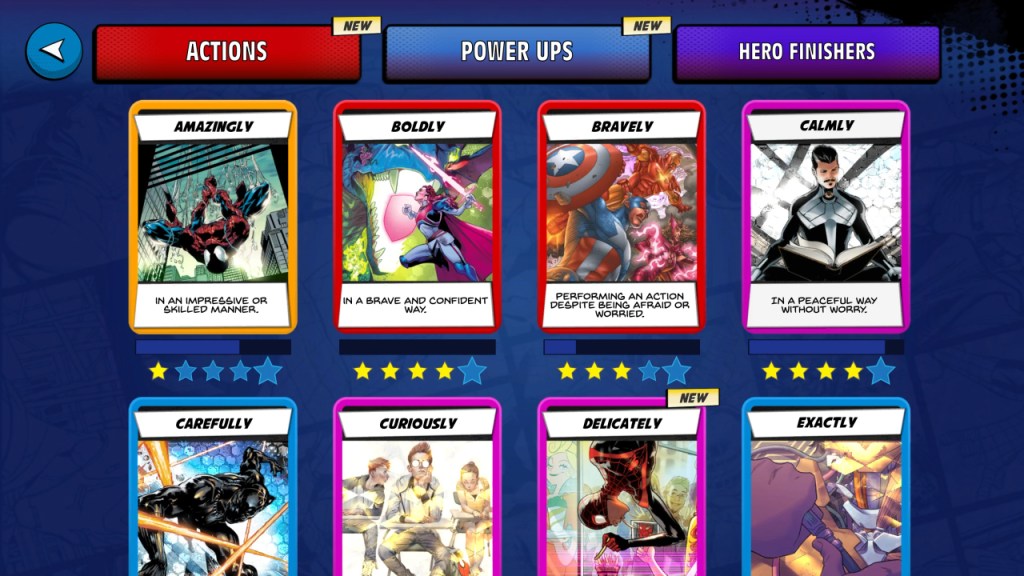 Some of the word cards can be upgraded, increasing their power. We wanted kids to have favourite cards (and words), and to continue using them in battle. The idea is to create excitement around language.

The final goal we had was to create a platform for us to deliver compelling new storylines. We wanted to be able to use Marvel’s exhilarating universe and tell epic stories for children to become engrossed in, by changing the in-game world through the power of their own words and choices.”

What have been the highlights of working on this project?

“The turnaround time was nothing short of astounding. We started on this project in late 2020, and released the game in March 2021, all whilst working from home.

With such a huge redesign to the gameplay, the visual changes and all the new features we added, it’s such a big victory to have been able to do this so well, in such a short period of time.

It shouldn’t be understated that we had a retail-ready game to work with in the beginning. The previous version of MHT gave us a great foundation to work with, and we were able to re-use, recycle and improve assets that we already had, which helped us deliver efficiently and saved time for us to work on more creative ideas.

There’s been some laughs along the way – with so many different combinations of words in sentences, targets for those sentences and a vast array of possible outcomes…sometimes it’s easy to overlook what the player could do.

This has led to some funny instances of being able to throw police officers around, an issue where we could keep generating infinite hotdogs and one time a pigeon started speaking lines of dialogue! 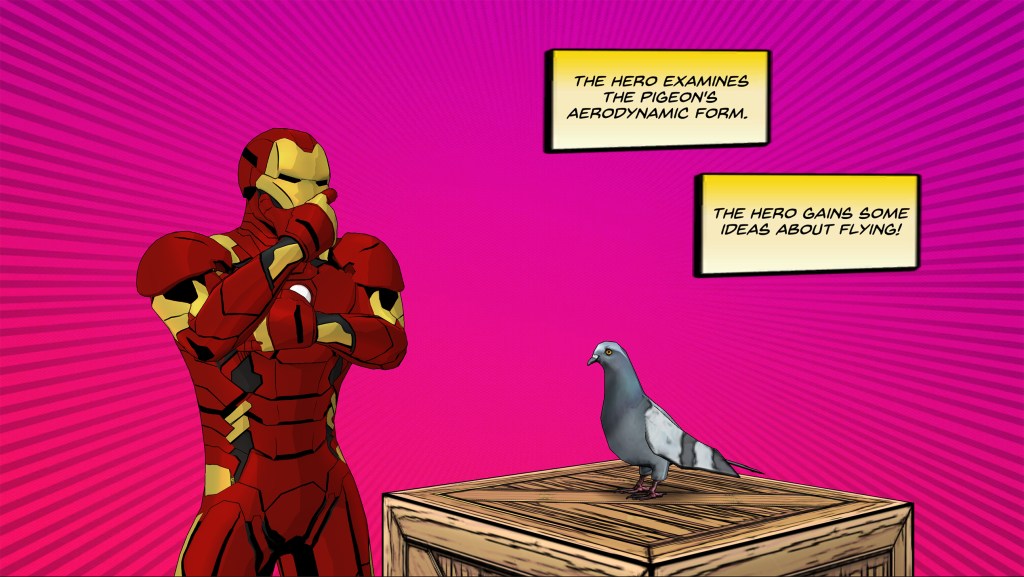 Since the team working on the project are all Marvel fans and card game enthusiasts, ideas came to us really quickly and naturally – it’s been a pleasure to bounce ideas back and forth, and means we have a really exciting future planned for the game.

I’m incredibly proud of everyone in the team for their tireless hard work and formidable talents – the final product speaks for itself.”

How has it been, working from home?

“Overall, it’s been marvellous – it certainly has its advantages but definitely there have been some challenges, and things we normally would do but haven’t been able to.

A crucial aspect of game development, at Kuato Studios, is user testing. Our players are kids, and the schools have been closed, or open with a reduced capacity, which has meant we haven’t been able to put the product directly into children’s hands. Normally we are invited into schools and we’re able to work alongside kids to see how they use the app and mould our design based on that feedback. This allows us to produce the best possible learning tool, and helps us create a fun experience.

However, from a production perspective, very little has changed, in fact my opinion is that we’ve become more focussed and productive as a result. I think there’s been two minor downsides which we’ve had to get accustomed to, one of which is not being able to go up to people and tap them on the shoulder to get a more direct and instant response, and secondly, not being able to gather around a whiteboard and workshop ideas together. It also took a little adjustment time at the beginning in communicating deadlines and project milestones, for example.

None of those things absolutely depend on sharing a physical space, it’s just nicer when we can be in each other’s company and communication feels more instant face-to-face rather than waiting, for example, on an email response. Of course, we also miss playing games together and socialising – company atmosphere is a huge part of what we do!”

Marvel Hero Tales is available for free on Google Play or the App Store.