These awards “recognize and celebrate the creative and technical brilliance in the ever-expansive gaming industry, where quality gameplay is paired with picture perfect visuals and intriguing plotlines.”

Panic Room, which was awarded the grand prize for ‘Best VR/AR Game’, is an asymmetric escape room-inspired horror game which pits one player with an Oculus Rift headset against another player using a compatible mobile app. The VR player’s goal is to escape a spooky haunted cabin deep in the woods by finding several hidden keys. The non-VR player’s role is not to help their fellow gamer escape, but to hinder the escapee by distracting them with a number of scary obstacles.

This interaction is facilitated by Kuato’s patented Actor/Director platform, which allows gamers to interact and engage in a shared online space. A typical Actor-Director arrangement involves a VR headset-wearing ‘Actor’ interacting with a virtual 3D world, which can be viewed and controlled by a ‘Director’ through a secondary device such as a tablet, mobile phone, or PC. This approach elevates VR from a typically solo activity to a more interactive and shared experience.

As Panic Room is the world’s first cross-platform, socially-interactive virtual reality game, we are delighted that this innovation has been recognised by the awards.

Our interactive storytelling adventure game, Disney Story Realms, was awarded gold in the ‘Best Educational Game’ category. This is particularly close to our hearts, given that our mission when designing the game was to help children with their literacy skills by creating a fun environment they normally associate with entertainment.

Making literacy fun is more important now than ever. Children and young people’s reading engagement has steadily fallen over the past four years and in April Cressida Cowell wrote an open letter to the UK government criticising the curriculum’s failure to foster a love of reading in children. Given the way children’s literacy has been further impacted by the pandemic, Disney Story Realms has proven to be an invaluable resource for home-schooling parents as the familiar characters offer a springboard into imaginative storytelling and favourite Disney tales help encourage an interest in reading.

Head over to the Google Play or App Store to download the award-winning Panic Room or Disney Story Realms now. 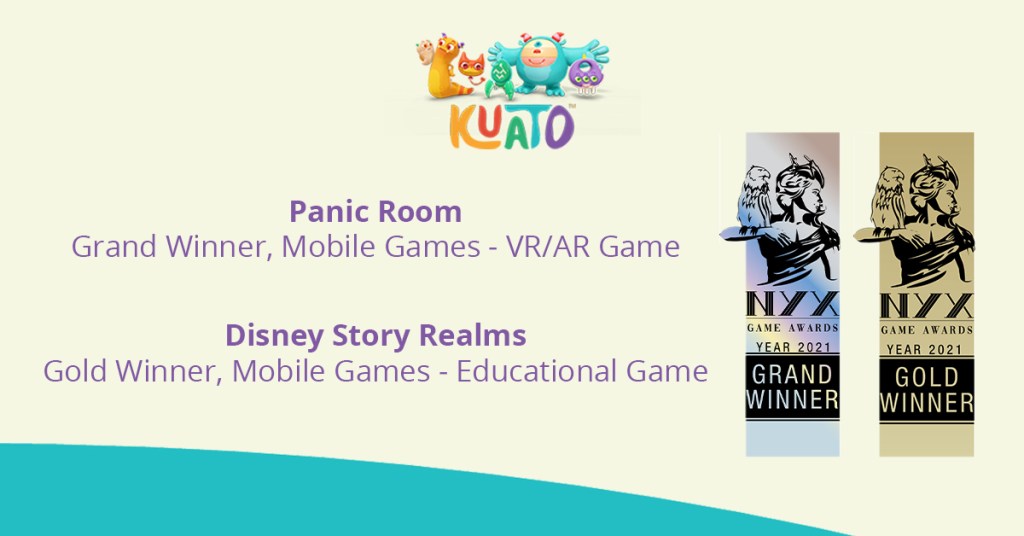